Air travel is more popular now than ever, thanks to the speed and convenience of getting from one place to another. American Airlines is one of the top airlines in the world, and they handle more than 200 million people on an annual basis. Of this large number, a decent amount has emotional service animals that they can’t live or travel without.

American Airlines only allows trained service animals, such as a psychiatric service dog, to fly in the cabin area with the passenger they accompany. Additionally, you’ll need to complete and submit a US Department of Transportation (DOT) Service Animal Air Transportation form before your trip. If you fly with a pet that isn’t an emotional support animal, it cannot be in the passenger area and must be transported as a pet.

While American Airlines accept pets, it certainly isn’t free. There are fees for both carry-on pets and checked pets based on their size, breed, and age. While many pets are allowed to join their owners in the passenger cabin, there are restrictions on this policy.

Let’s start by looking at American Airlines’ pet fees associated with checked pets that fly in the plane’s cargo section. A checked pet costs $200 per kennel and may travel within the U.S.A, Canada, Mexico, Central America, and South America. Other international destinations may allow pet travel, but you should always check with your specific destination country.

American Airlines recently came out with an updated statement regarding checked pets traveling in the cargo section of the plane.” Due to increased flight changes, we’ve stopped checking pets for now. We accept checked pets at the ticket counter for active-duty US Military traveling on assignments; fees and applicable restrictions apply. Carry-on pets, service, and emotional support animals may fly in the cabin if they meet the requirements. If your pet is too large to fit in the cabin, please contact American Airlines Cargo.”

A service animal is defined as an animal that is trained to perform a task for the benefit of its owner. Benefits may include physical, sensory, psychiatric, intellectual, or other mental concerns.

These terms are restricted to trained service animals, however. Assistance animals in training, emotional support, and comfort animals can travel as pets, but not as an ESA.

What Do I Need to Know About ACAA’s and American Airlines ESA?

The ACAA is the Air Carrier Access Act and was put in place to prevent discrimination based on disability during air travel. However, the Department of Transportation (DOT) has decided to take a different route regarding emotional support animals as of January 11, 2021.

The law change came in response to numerous arguments and complaints by those who truly need service animals. The rule change has also helped legitimize the needs of those who truly do require the assistance of emotional support animals.

There are thousands of people across the country that are terrified of flying in an airplane. Many people turn to emotional support animals for relief, and the rule change has helped legitimize their needs.

What Types of Support Animals are Allowed in American Airlines Cabin?

According to the updated pet and service animal policy, only cats and dogs are allowed to fly in American Airlines cabins. This includes emotional service and support animals.

In the past, rules were more lenient and included pigs and other species, but the updated policy limits cabin flying to just cats and dogs.

Are There Breed Restrictions on American Airlines?

Here are some of the specific breed restrictions for both dogs and cats. The following dog breeds and cat breeds are typically not allowed to fly with American Airlines.

If you get into direct contact with an American Airlines representative, they may be able to make an exception for you, but it’s unlikely.

Whether you have an emotional support animal, an emotional service animal, or just a pet, it’s important to know the pet carrier requirements that American Airlines has put in place. These apply to all dogs and cats traveling in the cargo compartment or in the main cabin that you keep in a kennel or pet carrier.

Here are the types and sizes of pet carriers that are allowed according to the pet policy of American Airlines.

Any kennels and carriers that don’t meet the requirements will be rejected and not allowed on the plane as a carry-on. Because American Airlines has stopped accepting checked pets, you won’t be able to take your pet with you on your flight.

You also aren’t allowed to bring more than three items on your flight. Your service dog or cat and kennel count as your carry-on, which means that you are only allowed one additional personal item. Pack and plan accordingly!

Your pet and kennel should never be located in an exit row, block the aisles, use up a seat next to you, or be able to access your tray table or food. There won’t be any walks or potty breaks for your pet during the flight.

While there are also restrictions for certified ESAs, they are more lenient. Depending on your condition, your emotional or physical service animal has to be by your side and ready to aid you. Their travel requirements are different from those of pets and emotional support animals.

Here are some things that will get you and your service animal into hot water.

If your service animal is too large to sit at your feet, under your seat, or in your lap, there are other options. You have the option of purchasing an additional ticket for them so that they can sit in the seat next to you. However, if your flight is full and this isn’t an option, you will have to rebook your flight, and there’s no guarantee that American Airlines will refund your ticket.

Once American Airlines starts accepting checked pets, you also can check your pet in and allow them to fly in the cargo section of the plane.

If your service animal, support animal, or pet is on the larger side, you will do well to plan and seek alternative transportation options for them.

Now that you have a better idea about the rules and regulations for your furry traveling companion, let’s get into the forms and documents that you’ll need to fill out. Remember that since American Airlines doesn’t recognize emotional support animals as service animals, you don’t technically need these forms, but they’re still a good idea to have on hand.

If you have an ESA, such as a service dog, because of a mental problem, the ESA letter is written by your medical health professional (see our screening process if you need help getting your ESA letter. It essentially acts as a prescription that requires an ESA for your condition. Remember, you only need this letter if you have an emotional service animal rather than an emotional support animal.

Get you Official ESA Letter Consultation form a licensed therapist.

Health Form from Your Veterinarian

If you’re travelling with an ESA, your pet will need a clean bill of health from their veterinarian within ten days of flying. Pets and emotional support animals don’t require this documentation, but it’s still a good form to have on hand if questions arise about your pet’s health. This form also includes your pet’s rabies vaccination form.

Don’t Forget About Prepping Your ESA

If you thought that flying was stressful before, try throwing in the added headache of an ESA or pet that doesn’t cooperate. Emotional service animals don’t struggle with this as much as other pets because they’re specially trained to listen to commands. However, all dogs and cats will benefit if you take some extra time to prep them for their upcoming flight.

The biggest issue that people will have with their ESA or pet is if it’s a dog. Cats are small and quiet enough to fit into their kennel and rarely cause an issue. On the other hand, dogs can bark, growl, and disrupt your flight.

Go Over Their Manners Training

No matter how often your ESA has flown or how well-behaved they are, it’s a good idea to brush over their training with them. Barking, growling, or acting aggressively toward other passengers won’t be tolerated on a flight with American Airlines. Make sure that they can sit quietly and comfortably for the duration of your flight, or there may be consequences when you land.

Make Sure They Can Hold It

Another huge concern is that your dog or cat doesn’t have a bowel movement or go potty during the flight. This presents a health and sanitation concern that American Airlines won’t look kindly upon. Make sure to take them potty beforehand and that they can hold it on your flight.

Make Sure to Check International Laws if Necessary

A final consideration for pet owners to consider when traveling abroad with their furry friends is that the country you’re traveling to allows ESAs. Not all countries look as kindly on ESAs as the United States and the other countries previously mentioned.

The first issue that you’ll run into is that American Airlines typically doesn’t allow ESAs or other pets on transatlantic flights. Additionally, many countries have customs and quarantine policies for incoming animals. Here are some of the specific countries you should pay attention to and contact regarding your ESA.

Regardless of where you travel abroad, you should request approval for your ESA several weeks in advance of your trip. 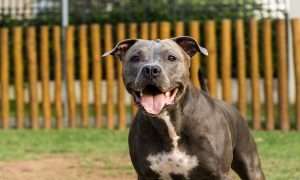 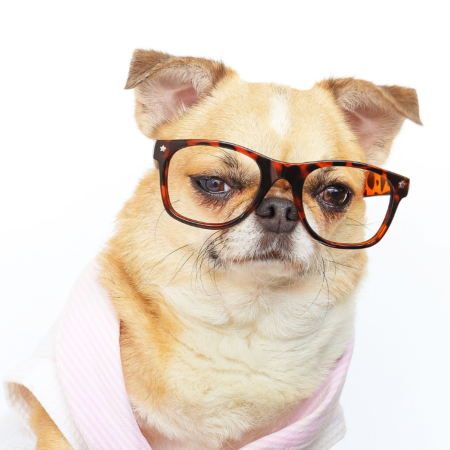 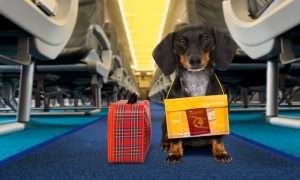 Which airline is the most Emotional Supp... 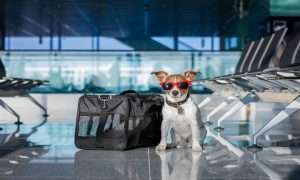 What you need to know about United Airli... 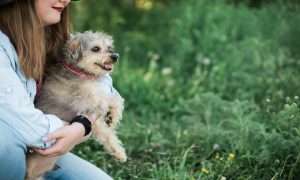 Is an Emotional support animal a service...

We use cookies on our website to give you the most relevant experience by remembering your preferences and repeat visits. By clicking “Accept All”, you consent to the use of ALL the cookies. However, you may visit "Cookie Settings" to provide a controlled consent.
Cookie SettingsAccept All
Manage consent

This website uses cookies to improve your experience while you navigate through the website. Out of these, the cookies that are categorized as necessary are stored on your browser as they are essential for the working of basic functionalities of the website. We also use third-party cookies that help us analyze and understand how you use this website. These cookies will be stored in your browser only with your consent. You also have the option to opt-out of these cookies. But opting out of some of these cookies may affect your browsing experience.
Necessary Always Enabled
Necessary cookies are absolutely essential for the website to function properly. These cookies ensure basic functionalities and security features of the website, anonymously.
Functional
Functional cookies help to perform certain functionalities like sharing the content of the website on social media platforms, collect feedbacks, and other third-party features.
Performance
Performance cookies are used to understand and analyze the key performance indexes of the website which helps in delivering a better user experience for the visitors.
Analytics
Analytical cookies are used to understand how visitors interact with the website. These cookies help provide information on metrics the number of visitors, bounce rate, traffic source, etc.
Advertisement
Advertisement cookies are used to provide visitors with relevant ads and marketing campaigns. These cookies track visitors across websites and collect information to provide customized ads.
Others
Other uncategorized cookies are those that are being analyzed and have not been classified into a category as yet.
SAVE & ACCEPT